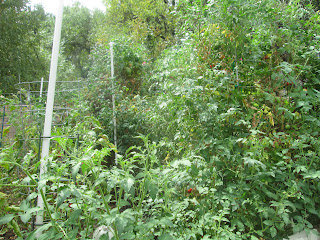 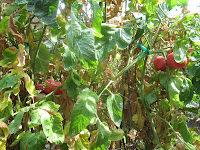 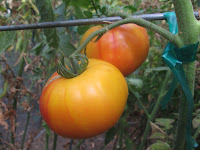 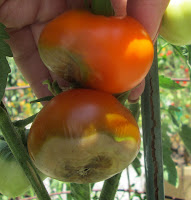 Blossom end rot is an unsightly disorder common to tomatoes, peppers and eggplant.  It can occur at any stage in the development of the fruit, but most often is seen early in the season when fruit are one third to one half full size. Blossom End Rot appears at the blossom end of the fruit. It begins with a small, water-soaked area at the bottom of the fruit that enlarges and darkens rapidly as the fruit develops. Ultimately, the spot can get so large that it covers half of the fruit. These rotten areas eventually dry out and become black and leathery.

Blossom End Rot (BER) does not spread from plant to plant or from fruit to fruit.  It is of a physiological nature so fungicides and insecticides cannot prevent or control it. Blossom End Rot often occurs under certain environmental conditions when there are cool nights and warm days.  The range in temperature affects the uptake of water and calcium by the developing fruit, and it’s the deficiency in calcium that results in the rotting.

Some varieties of tomatoes are more susceptible to Blossom End Rot than others. When purchasing tomato seedlings be sure to read the labels that accompany the plants. They may tell you if that particular variety is resistant to BER.  To help prevent Blossom End Rot from occurring in your plants add crumbled chicken eggshells to the planting hole along with your other amendments.  Once planted, try to be sure to keep watering even and consistent. In addition, using organic soil amendments and fertilizer will be helpful.  They don’t contain as much salt, which decreases the availability of calcium to the plants. 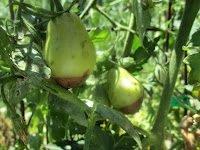 Blossom End Rot, while not being very pretty, is not dangerous to consume. You can certainly cut off the affected part of the tomato and eat the rest. There’s no need to waste an otherwise delicious tomato. So, enjoy your tomatoes – even the rotten ones!

Posted by Laura, from the Garden at 6:49 PM No comments: